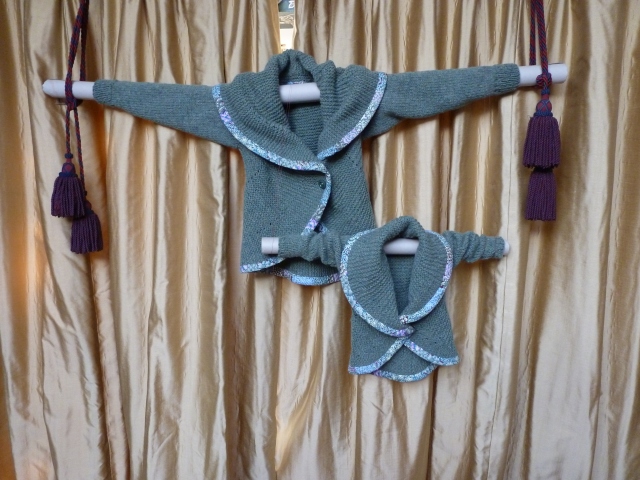 This jacket is knitted in a complete circle and fits really snug into the waist, it’s knitted in Jamieson’s Shetland Marl and embellished with another favourite Kaffe Fassett fabric.

Oh dear – just a little aside. The postman just called to deliver a parcel, whilst in the back of his van, my little dog Hesper sneaked into the front and ate his lunch! I offered him more, but he said that the dog had saved him the trouble of eating it. I think he was serious! 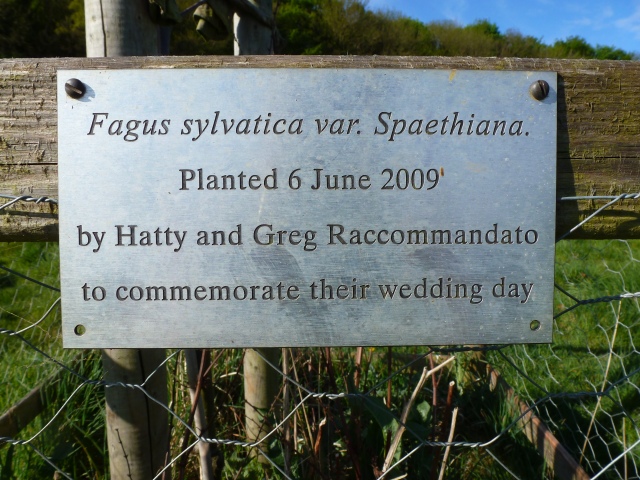 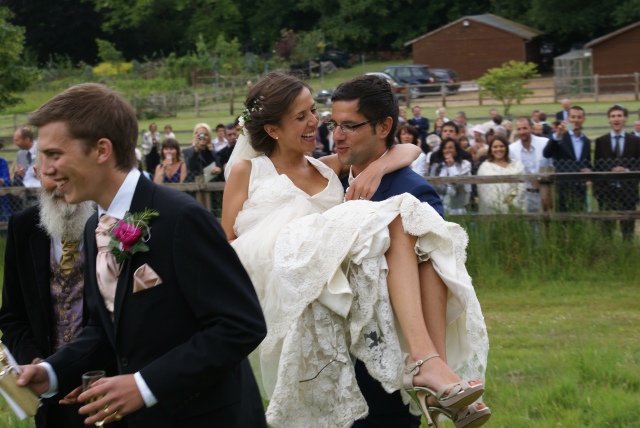 But there is another anniversary, without which this happy day would never have happened……………….

The D-day landings in Northern France.

My brother-in-law was  there, he died recently at the age of 91. I feel very privileged to have know him, I was actually able to thank him!  Without him, and others like him, my beloved daughter certainly would not have married her handsome French husband on her special 6th of June…………..

The second world war………… to the young, just a history lesson. To my generation, not history, but a memory. My Pa spent his war in the North Atlantic, hunting for German U-boats,  a naval man through and through – yet he never learned to swim!

My husband was nine when war broke out. He remembers the excitement of watching Dog-fights over the English Channel. He remembers excitedly piling into the Anderson shelter during air raids, it was all such fun. And he remembers a moment, toward the end of the war, becoming very afraid, when boys at school were called to the headmaster’s study to be told the news of a lost father, a lost brother. I guess that was when he lost his childhood and grew up.

And today we remember all those that fought on June 6th 1944, and 69 years later we can celebrate Hatty and Greg’s fourth anniversary…………………….